LGBT* rights are moving up the international agenda, and while progress is being made, at the same time some countries are passing increasingly regressive laws. In June 2013, Salzburg Global convened its first ever Salzburg Global LGBT Forum addressing LGBT and Human Rights: New Challenges, Next Steps, starting a truly global conversation.

“What exists in every corner of the world, is embraced and celebrated in some countries but is illegal in 76, and is punishable in seven countries by the death penalty?”

The answer: Being gay, lesbian, bisexual or transgender. This riddle was posed by the UN Human Rights Office and serves as a stark reminder that, while in the West homosexuality has been legalized for many years – with the fight for equality now centering on marriage and adoption rights – for many lesbian, gay, bisexual and transgender people the human right for which they are fighting is much more basic: the right to life.

“We were all born into a world that was not prepared for us,” says Klaus Mueller, Chair of the newly launched Salzburg Global LGBT Forum.

“Yet,” he adds, “humankind’s strength is its diversity. Free expression of sexuality and gender increasingly defines the societies in which we want to live in the 21st century.” LGBT rights have been rising up the global human rights agenda, with leaps in equality made in many countries. As the inaugural Salzburg Global LGBT Forum gathered at Schloss Leopoldskron in June 2013, the US Supreme Court was hearing cases for and against the Defense of Marriage Act; in Hong Kong, the Court of Final Appeal had ruled in favor of a trans-woman seeking the right to marry her boyfriend, ending her three-yearlong legal battle; and France had just signed both gay adoption and gay marriage into law.

Conversely however, many regressive laws were also being considered, most noticeably Uganda’s Anti-Homosexuality Act, which originally proposed the death penalty for anyone found to be having samesex relations (this has since been reduced to life imprisonment), and Russia’s LGBT propaganda law, which made distribution of (extremely loosely defined) “propaganda” among minors in support of “non-traditional sexual relationships,” a criminal offence. Both pieces of legislation were adopted and have been blamed for increased violence towards the countries’ LGBT communities. Even in Europe, where homosexuality is fully decriminalized and most countries have enacted gender identity laws, an EU report published on May 17, 2013 – International Day Against Homophobia and Transphobia – found that nearly half of the 93,000+ respondents in the 28 EU member states had “felt personally discriminated against or harassed on the grounds of sexual orientation.”

It is clear that prejudice and persecution are not confined solely to countries where lesbian, gay, bisexual and transgender people and communities are criminalized.

It was against this backdrop of growing rights, yet persistent persecution that over 60 representatives of LGBT activist and human rights organizations, legal experts, artists, journalists, academics and philanthropists joined together for a truly global discussion on the status of LGBT rights worldwide and how equal rights for LGBT people across the world can be best advanced, both locally and globally.

Over the course of five days, in the safe space idyll of Schloss Leopoldskron, the Fellows heard stories from across the world. From growing up gay in a religious family in Hong Kong, to the struggles of family relationships post-coming out as transgender in the UK; from empowered lesbian theater performances in El Salvador to harrowing tales of “corrective” rape in South Africa; the Fellows opened up about their own histories and experiences. Some were able to be completely open about their stories and identities, having already publicly spoken out before arriving in Salzburg; some had to speak strictly under the Chatham House Rule for fear of reprisals in their home countries.

A GLOBAL APPROACH, WITHOUT TAKING ACCOUNT LOCAL CONTEXTS, MAY NOT BE THE ANSWER.

What was clear from the five days in Salzburg was not only the diversity of voices and experiences – both positive and negative – but also the diversity of approaches that are needed to address inequality the world over.

We might live in an increasingly interconnected global world, but a global approach, without taking account local contexts, may not be the answer. This is especially true as issues facing LGBT communities are not the same across the world, with some Fellows expressing concern that the vocal Western campaigns for equal marriage is distracting from other, more urgent campaigns for LGBT rights, such as decriminalization and tackling hate speech.

Even the term “human rights” can be contentious, with some Global South governments framing human rights rhetoric from Western nations as an “imperial,” non-indigenous imposition.

“In the Future, the laws that Criminalize so many forms of human love and commitment will look the way Apartheid laws do to us now – so obviously wrong.
Archbishop Desmond Tutu”

When the UK declared it would make its foreign aid to Uganda conditional on its compliance with human rights norms, including abandoning its then-pending legislation on the further criminalization of homosexuality, many, especially in the West, thought this was a great advance in how we encourage the globalization of human rights.

But these conditions did not take into consideration the local LGBT community. As one Fellow explained during the Salzburg gathering, in Uganda, following the UK’s declaration, a gay man was attacked by his neighbors who blamed him for the death of their daughter due to the lack of medicine in hospitals, which had previously been supplied thanks to UK aid. Good global intentions, devastating local consequences.

“Now is the time to create a Global LGBT Forum,” declared Mueller in his opening speech. It would seem that many others agree. In addition to the wide array of international donors who helped fund the event, including HIVOS, Open Society Foundations and the German Federal Foreign Office, the Salzburg Global LGBT Forum has also garnered the support of Archbishop Desmond Tutu.

“In the future, the laws that criminalize so many forms of human love and commitment will look the way apartheid laws do to us now – so obviously wrong,” said Tutu in a message of support.

“We know that LGBT people are a part of every human community. We therefore need a forum for a truly global conversation about how they contribute to, and are affected by, the law, culture and creativity – and how we can ensure that their voices are heard and understood.

“I applaud Salzburg Global Seminar for deciding to hold a session on LGBT and Human Rights: New Challenges, Next Steps, at which all regions of the world will be represented, and I hope that it will mark the beginning of that global conversation.”

NEW RHETORIC AND NEW ALLIES NEED TO BE SOUGHT. TO BE SUCCESSFUL GROUPS SHOULD PRESENT ALTERNATIVE ARGUMENTS FOR GREATER FREEDOMS.

The Salzburg Global LGBT Forum does not claim to have all the answers for the activists present; rather its purpose is to build a network of support and knowledge across the 35 countries in six regions in which it now has members.

“By bringing together leading voices from around the world and the diverse spheres of law, politics and culture, we hope to start a truly global, multidisciplinary conversation,” Mueller explains.

“Our goal is to build new alliances, learn from each other and strengthen fundamental human rights for all, regardless of sexual orientation and gender identity.”

*LGBT: Lesbian, Gay, Bisexual and Transgender: We are using this term as it is widely recognized in many parts of the world, but we would not wish it to be read as in any way exclusive of other cultures, terms or groups. 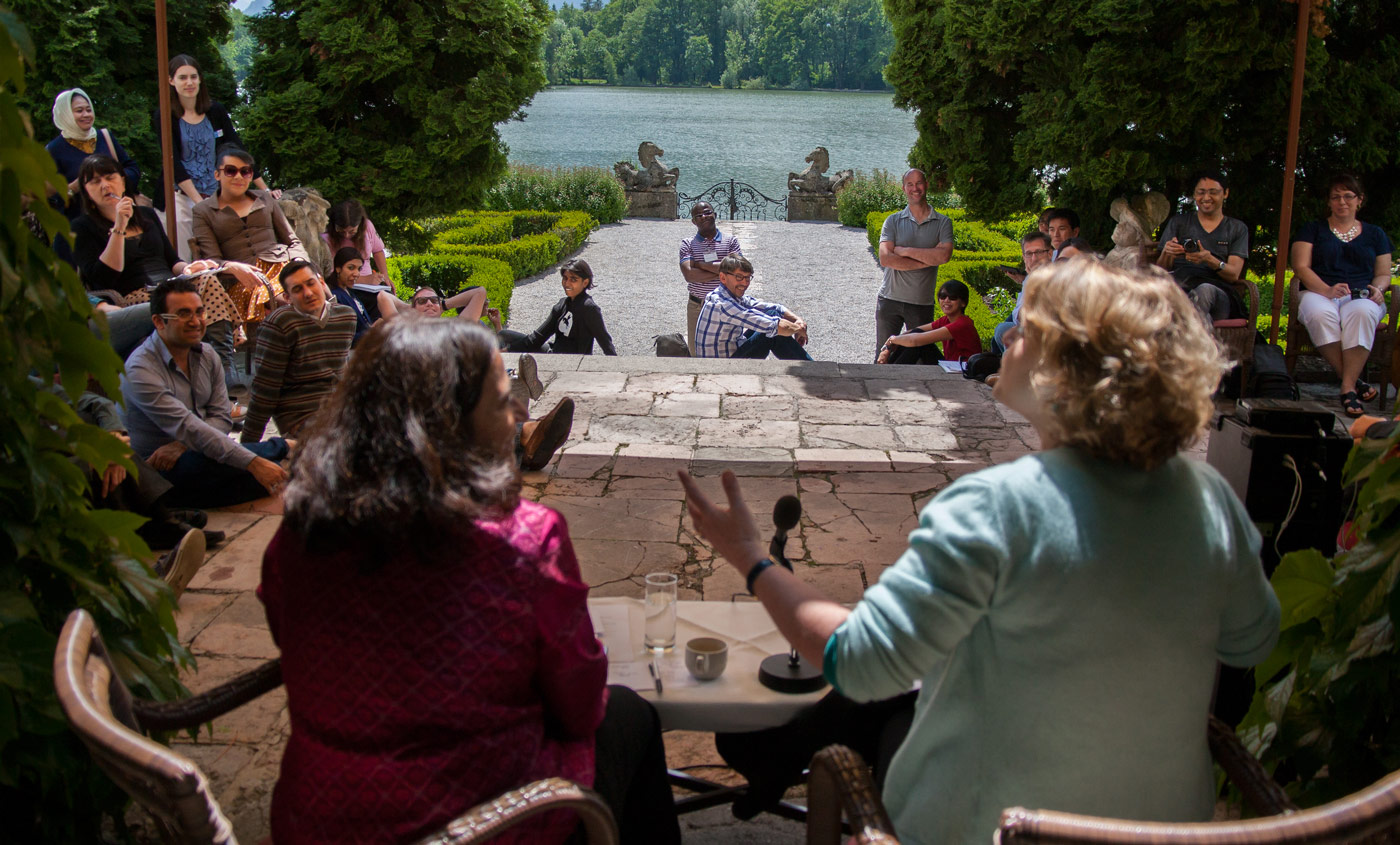 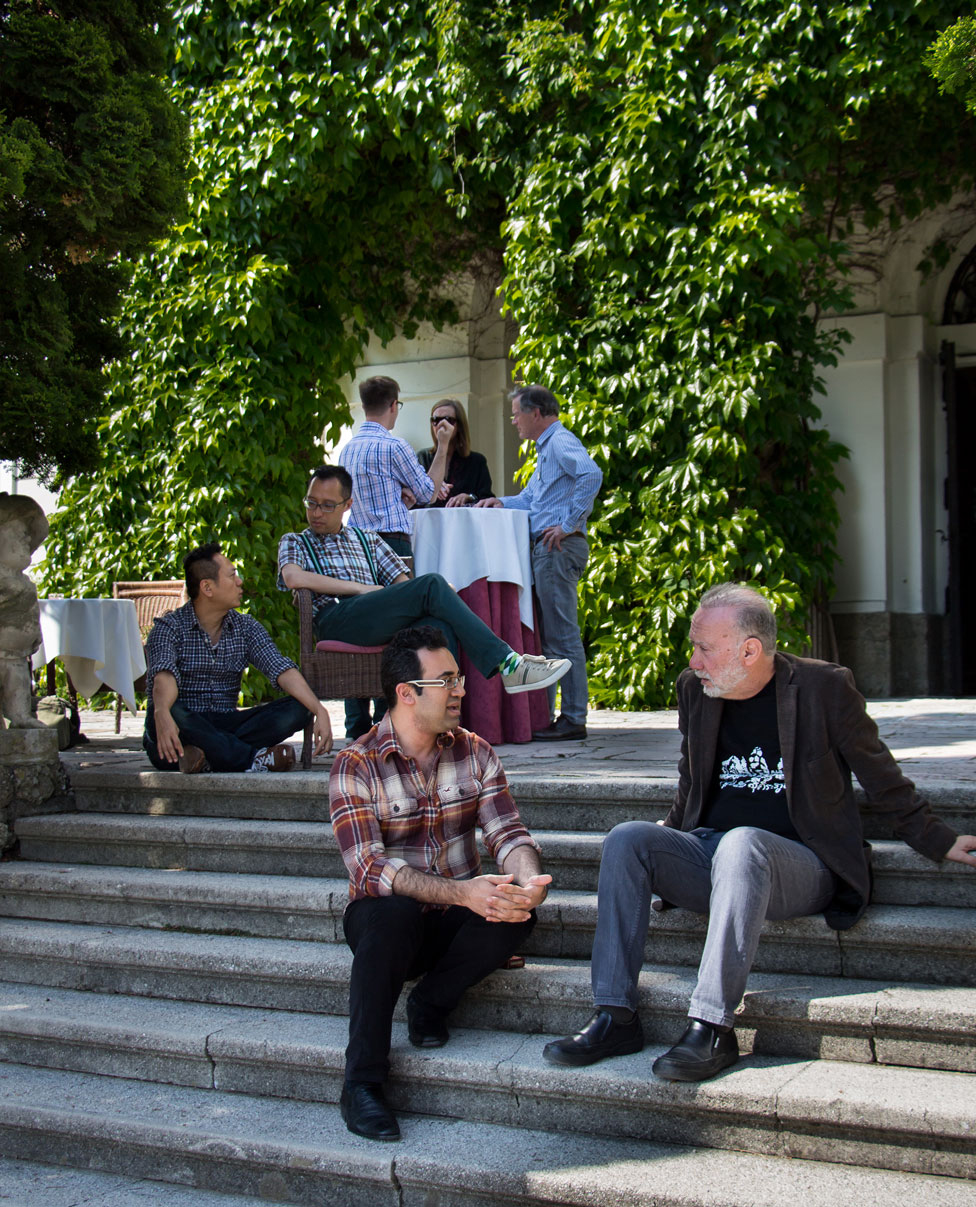 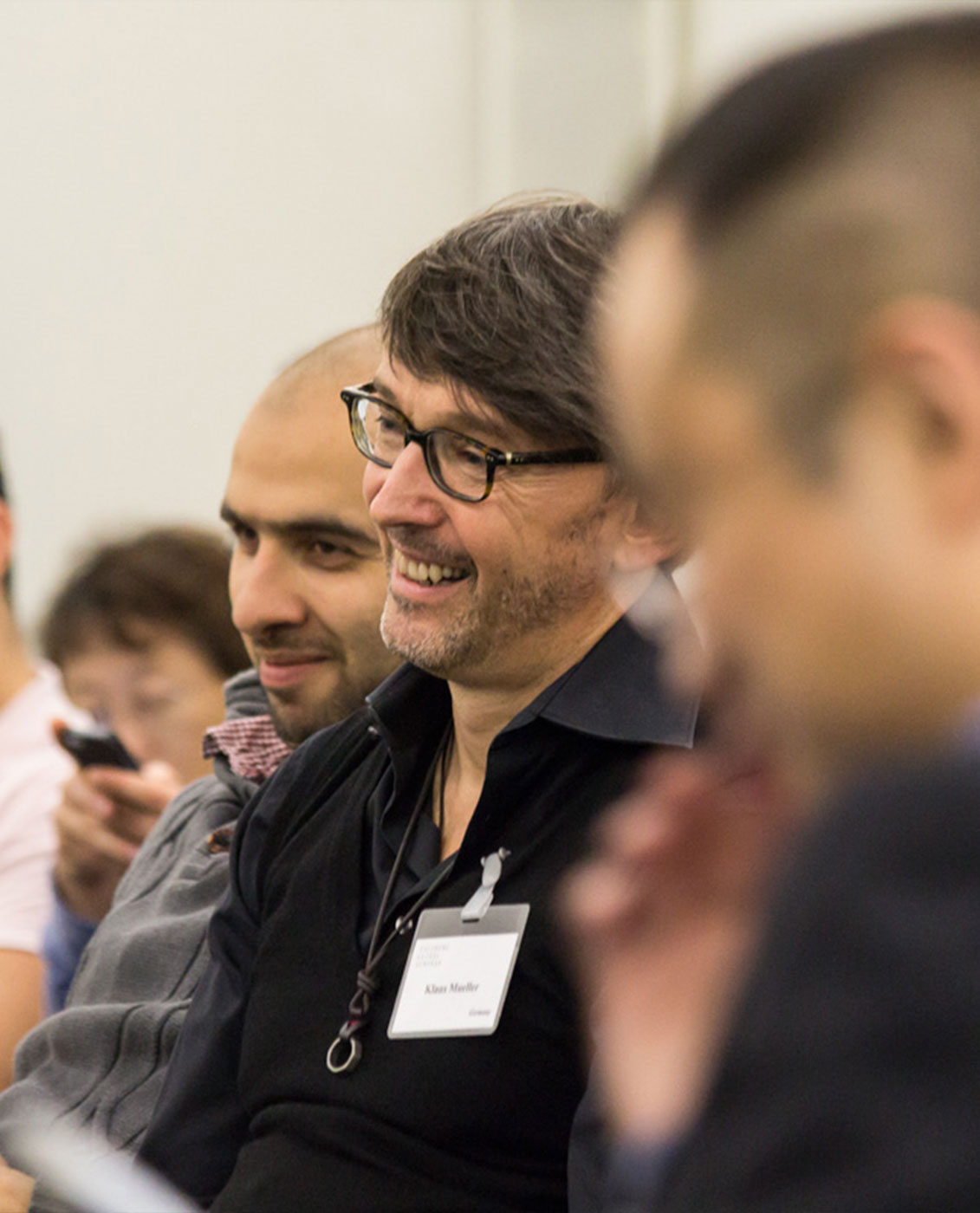 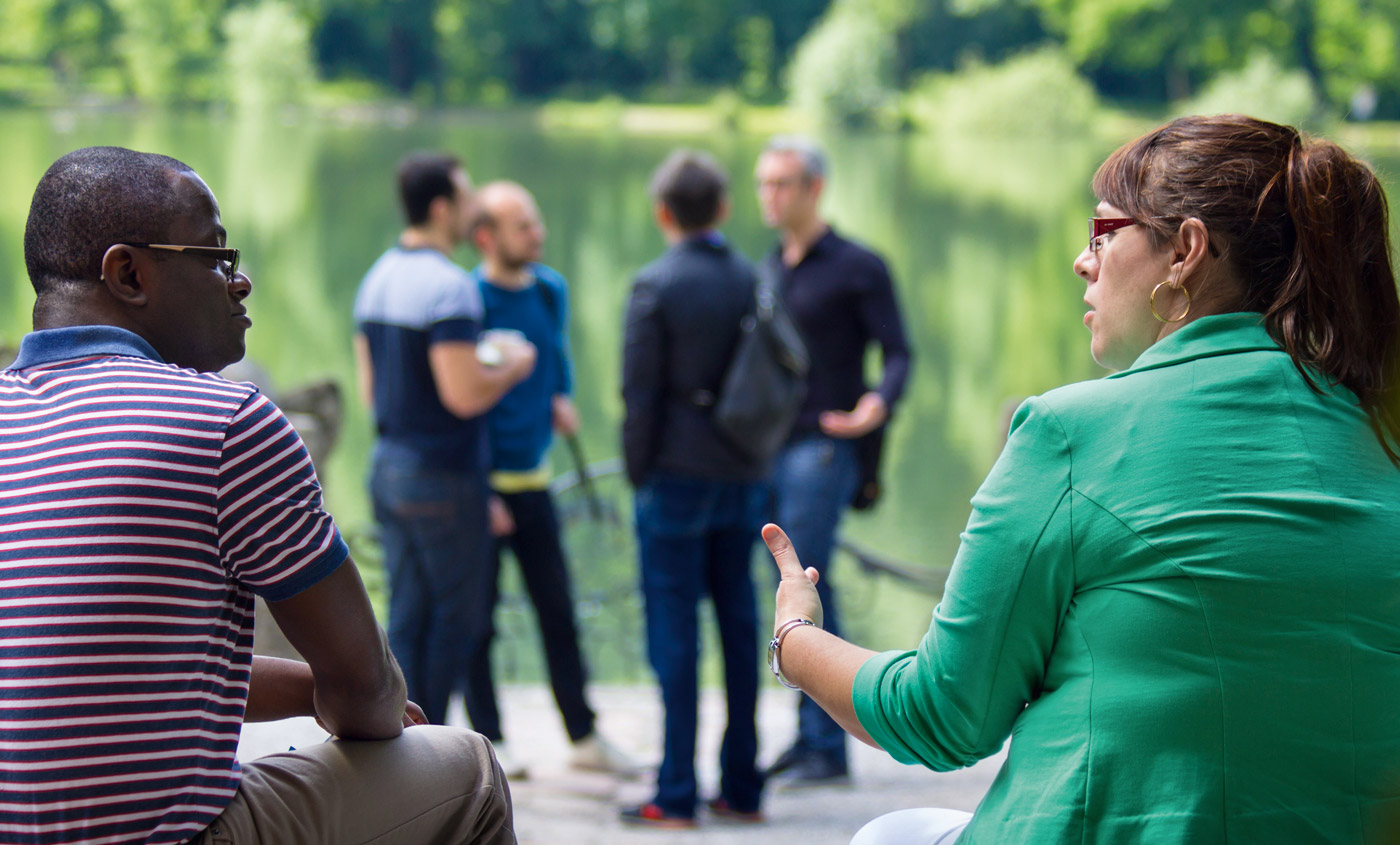 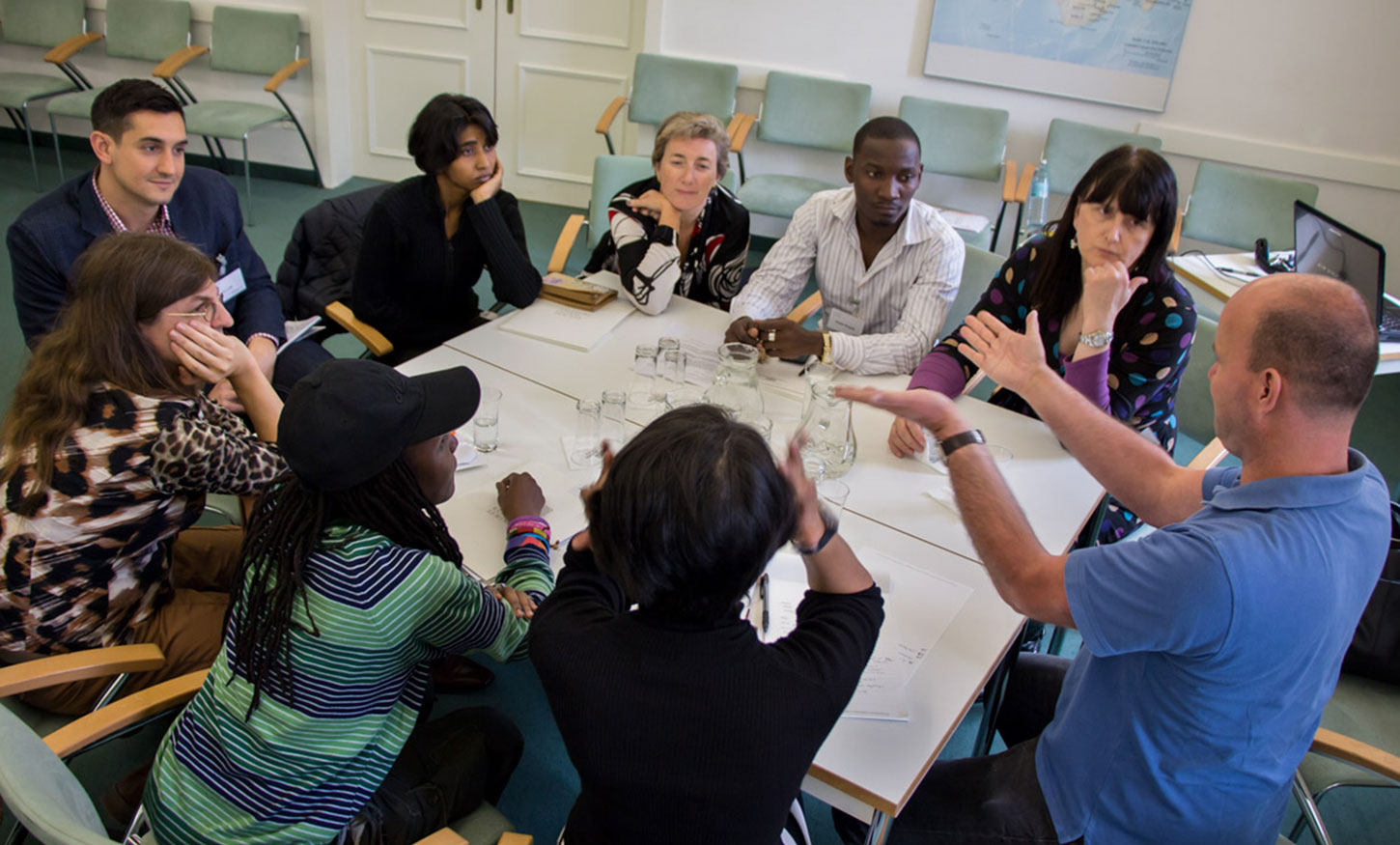 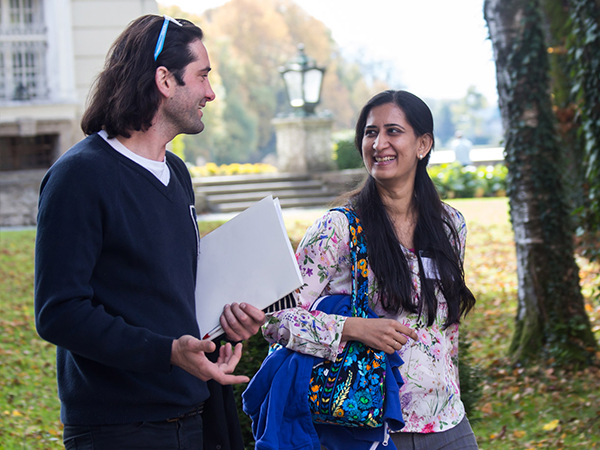 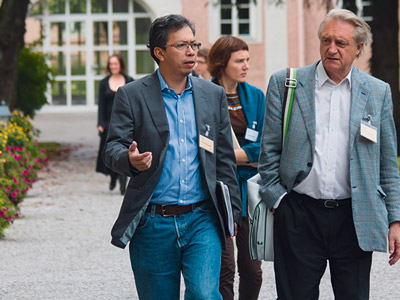 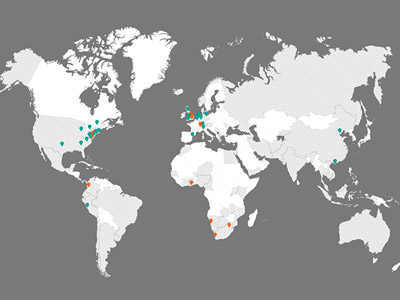 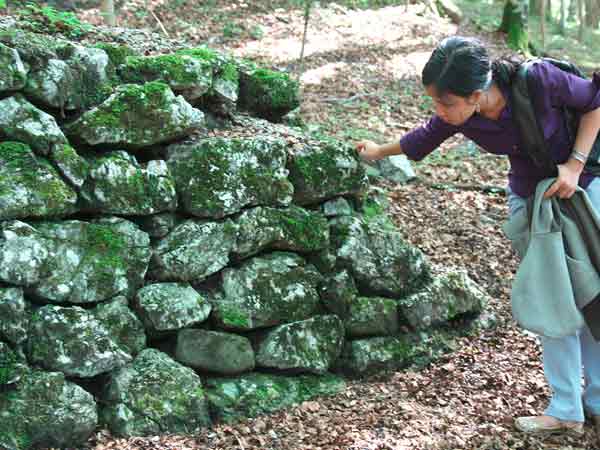 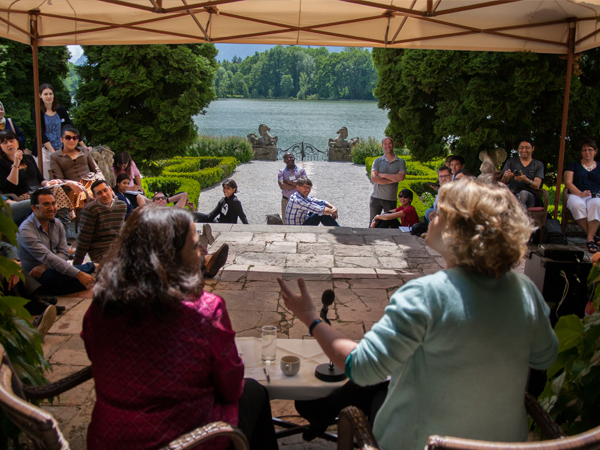 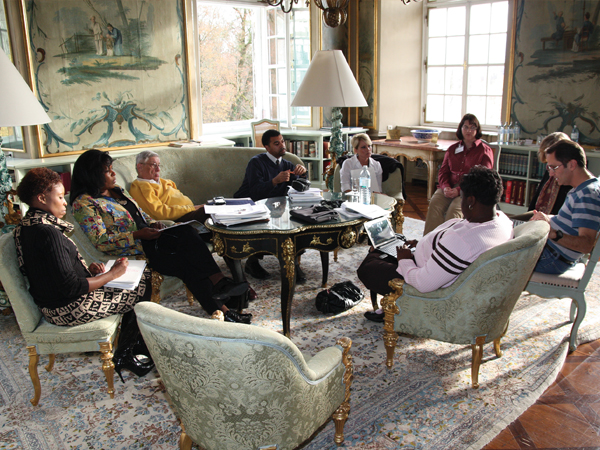 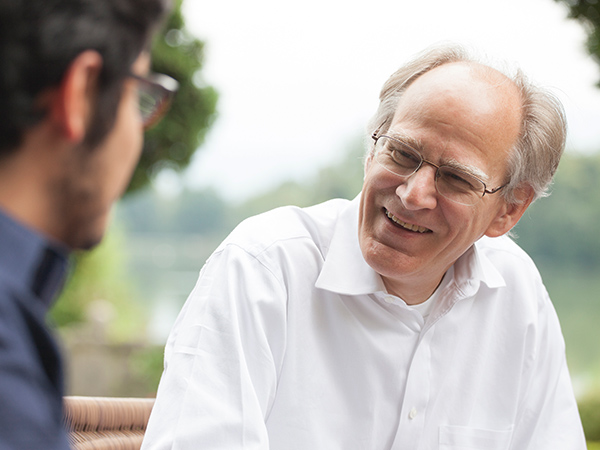 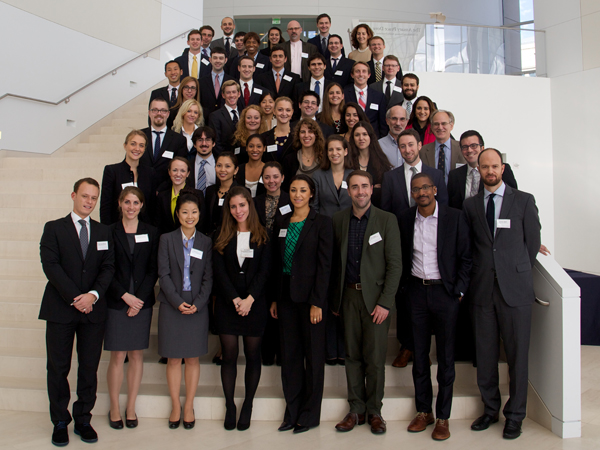 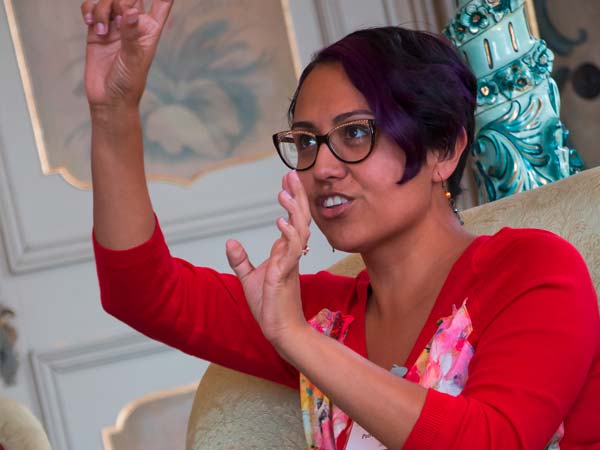 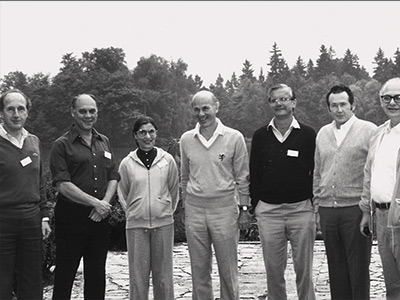 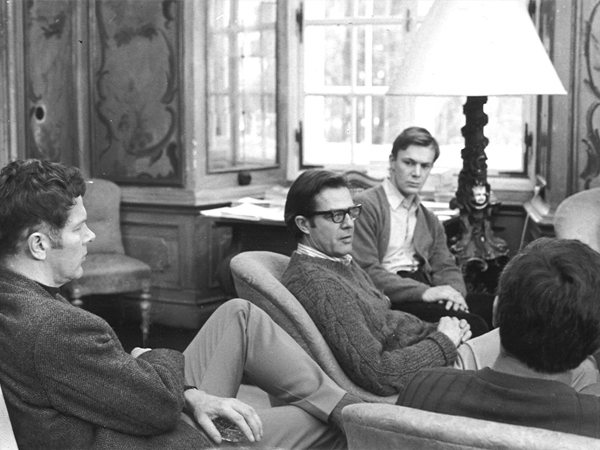